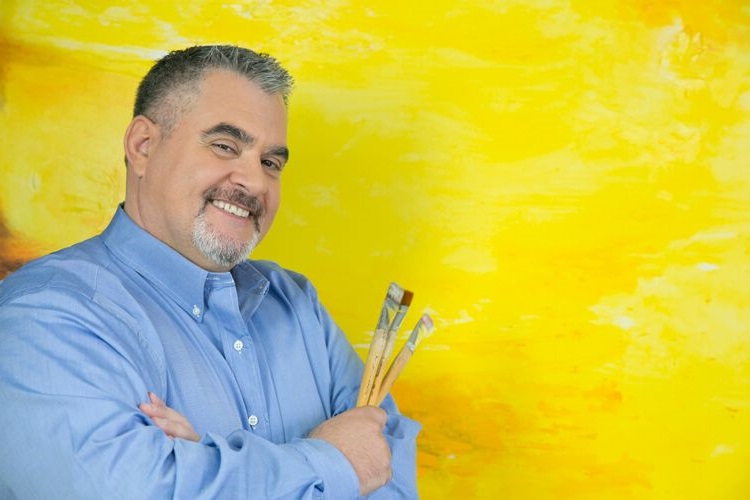 Jos's artistic training began with an apprenticeship in the studio of the late, great William F. Byers, a noted landscape painter and iconographer. Later, Jos received a Bachelor of Arts from the Virginia Military Institute in 1979, and subsequently entered the United States Air Force as a commissioned officer where he traveled and experienced the world. After military service, Jos received his Master of Architecture degree from the University of Texas at Austin.

Jos's paintings glorify Nature and evoke the transcendental images celebrated by the nineteenth-century Hudson River and Luminist Schools of Art. Jos's landscape paintings are marked by forceful and dramatic displays of light & shadow, intense color, and Turner-like atmospheric effects. Jos's compositions push the viewer for an emotional response. With few instances, his work often depicts the land with no elements of human intervention. Jos enjoys painting landscapes bathed in late afternoon sunlight when color harmonies are most pronounced. Although he works predominantly in oil, Jos also enjoys painting with acrylic and other water-based media.

Jos exhibits nationally and abroad. He was selected to participate in a Works On Paper exhibition at the Waterworks Museum of Art, Miles City, Montana. His selections came from a larger collection of 40 pieces created while Jos was at the Tucson Desert Museum, Arizona. These same 40 works were part of a study based on the photography of Ansel Adams and the national park system. Currently, Jos is painting Antarctic vignettes as described in Captain Robert Falcon Scott's ill-fated Antarctica Journals – Terra Nova Expedition, 1910-1913.

Jos's works are in the permanent collections of private, public, and corporate holdings throughout the United States. His diverse commissioned work ranges from South Africa Petrol Corp to the rock group Jethro Tull.

In 2019, Jos was awarded Signature Member status in the prestigious International Society of Acrylic Painters (ISAP).

University of Texas at Austin, Master of Architecture, 1997